Another month of progress

It's the end of April and I'm getting closer to being able to show off parts of my game. On Twitter I'm posting screenshots at least once a week, but behind the scenes there's much more happening. The city in my game has its basic form and I'm now able to work a lot on making the city more vibrant. Gameplay is also something I've started working on.

The game is my main focus at the moment, so I don't have a lot more to say. My Twitter account @LowPolyDaily recently reached 400 followers, which feels like quite a big deal for me! I'm happy about how that's going. But that's all I have to say for this month. Be sure to keep an eye out for any new stuff I'm posting on my personal Twitter about the game, as Twitter has become the main place where I communicate about my game for now.
April 8 2017 - 6:00 PM (GMT)
These are some screenshots from a world I modelled in Blender and imported to Unity. 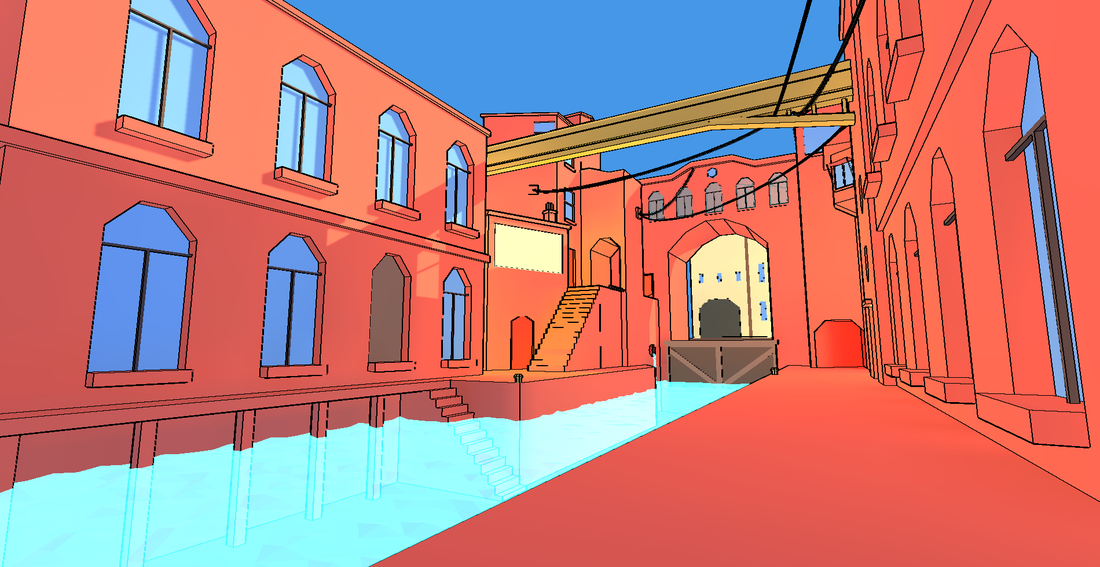 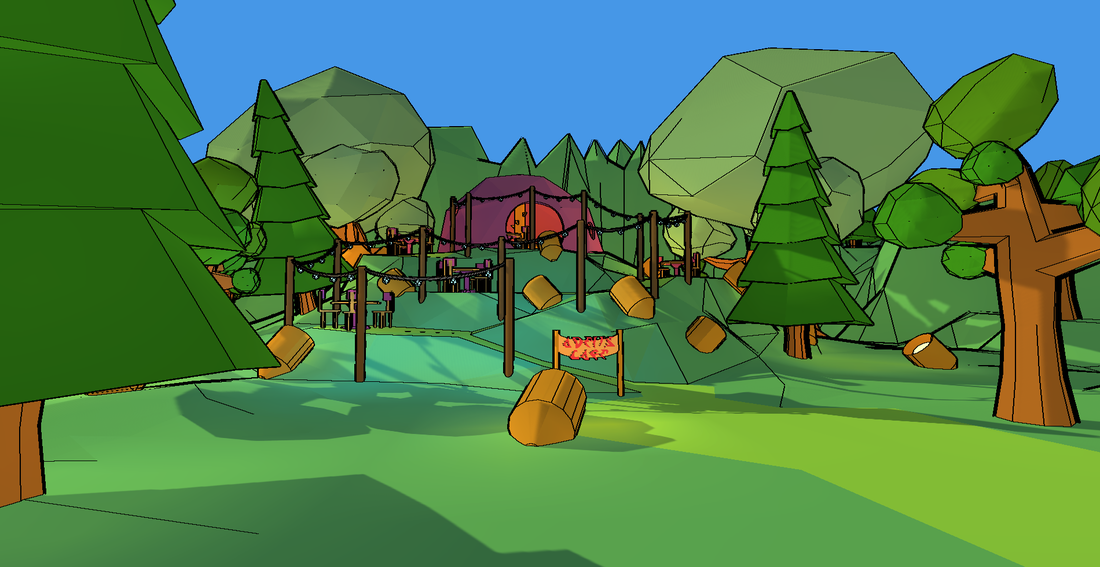 The last month has been a good month. I'm currently working on 2 game projects, alternating between them so I don't ever lose motivation for them, and I also started the Twitter account @LowPolyDaily. It has a new theme every day for anyone who is interested in practicing their low-poly skills. I try to join as often as possible. I'm happy that quite a lot of people have shown interest already, and hope that more people will eventually join as well.

Besides gamedev and LowPolyDaily, I also have university work to do. I like being busy, and I'm happy with what I have done so far this year. Hopefully this trend continues! I'm still looking forward to finally being able to present some more information about at least one of the two game projects I'm working on. I think that will finally happen in the coming months, so stay tuned!
February 10 2017 - 10:30 AM (GMT)

Already one month of 2017 has passed, and I've been quite busy and inspired!
In the last few months of 2016, I had been working on a game that I'm very excited about. But while building the city for the game, I felt that I could do better. That's why I started all over again last month, and I'm currently very busy creating a city with new ideas and techniques! This is really exciting and I can't wait until I have enough work done so I can begin sharing some stuff about it online.

At the start of this year, I challenged myself to make something every day in 2017. While this has been going well, I found out it was a bad idea to post screenshots of these creations online. It takes a lot of work to do that every day, and I often make stuff that's really small or insignificant and just not worth taking a screenshot of and posting it here.
That's why I'm changing my plan to just doing something productive every day, without the need to document it. This gives me more freedom and also frees me of a good amount of anxiety! Instead, I'll start focosuing on posting screenshots of (at least half-)finished creations on Twitter and this website every (few) week(s) or so.

I feel like I'm on the right path with the things I'm doing, but I guess we'll just have to wait and see how everything turns out. Like I said, I really hope to be able to share more information and screenshots from the game I'm working soon, so stay tuned!
January 4 2017 - 9:00 PM (GMT)
I created this just as an experiment to see how it would look if you'd place blocks of apartments on top of each other in a seemingly random order, and connect them with stairs. I'm quite pleased with the results! You can view the apartment complex from more angles on my 'Worlds' page! 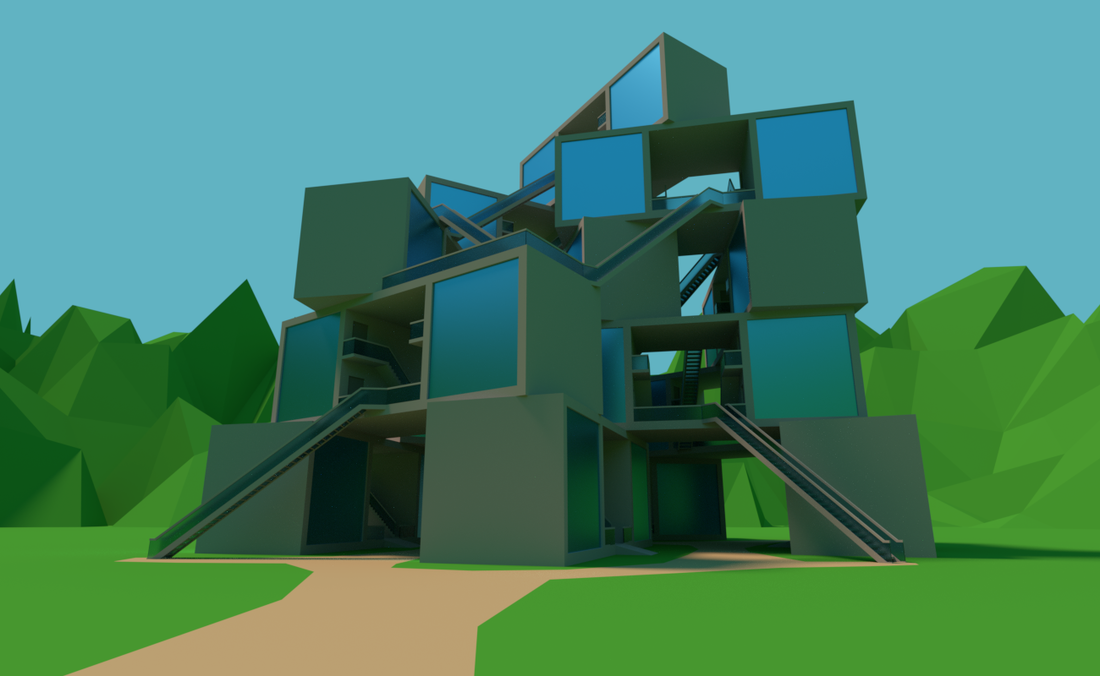 Oh my, 2017 is here already. And I'm actually really glad for that!
2016 has been a rollercoaster for me personally, and overall I am not that happy with what I have accomplished creatively this year.
The turn of the year has given me a push to start all over again. I want to be less scared in 2017, and just do stuff I feel like doing. I want to stop worrying so much, and start working on a life I want to live!
I plan on creating more things and updating this website more often - for real this time! Maybe I'll start writing blogs that are a bit longer than the ones I made before, which were more like quick little updates. Even if nobody will read them, it'll be nice for me to write about stuff now and then.

I made a challenge for myself to make something - anything - every day in 2017, without worrying too much about the quality. I just want to create. I added a page to this website (under the Worlds tab) with a collection of my daily creations. Feel free to check them out.

As for my plans to make games: they're still present, now more than ever!
I had an App Store developer account, but I didn't renew it, which means my apps aren't available anymore. But I plan on renewing the account once I come out with something new, if I'll choose to publish in the App Store again.
This year I really want to focus on making a game, and 2017 might be the year where I actually succeed in doing that.

To a new year with new possibilities!
September 24 2016 - 6:20 PM (GMT)
Finaly I updated the 'Worlds' page of this website. It has more recent scenes now, so please take a look if you're interested :)
I'm also working on a new page for this website that will have more information about the game I'm developing. So I'm super excited for that!
September 16 2016 - 2:45 PM (GMT)
I realize I haven't been updating this website lately. That's because I have been busy traveling, working on stuff I can't show yet, procrastinating and starting at university.
But I have been sharing screenshots pretty regularly on Twitter, so please go check that out!
I promise this website will get a nice big update soon with more information about the game I'm currently working on. So stay tuned!
June 28 2016 - 5:10 PM (GMT)
I really like this model I made. It's a café with a nice relaxed atmosphere. This will be a part of an upcoming game (that I'm actually planning on finishing this time!). 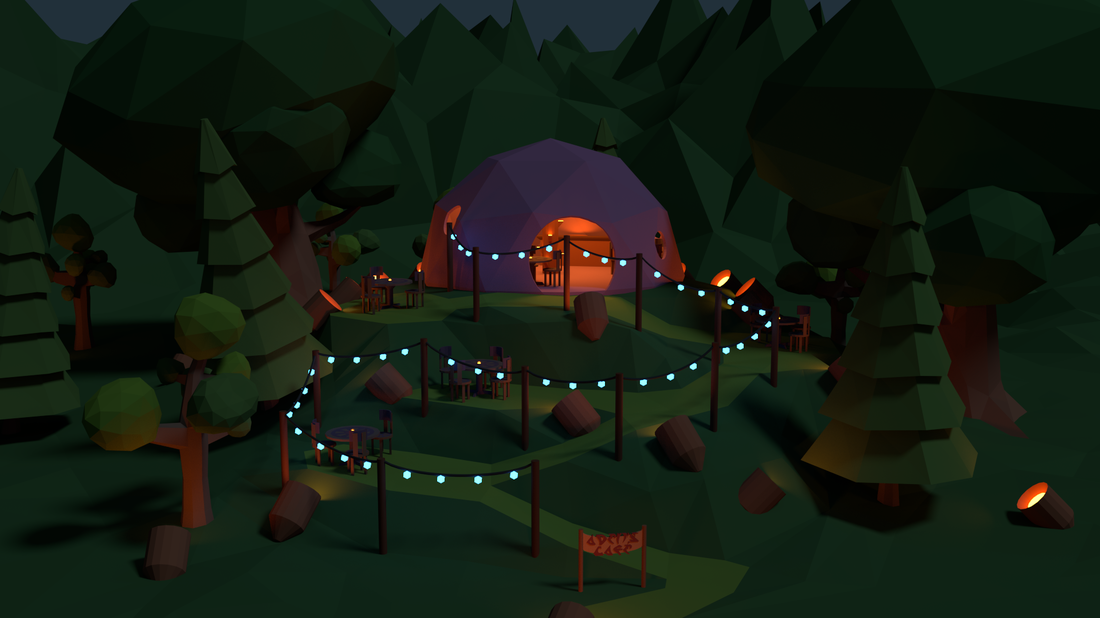 June 25 2016 - 9:00 PM (GMT)
Here's a low-poly minimalist metro station I made for a side project that's probably never going to see the light of day. Had fun making this, and I also created a whole metro map system for it (you can see a sneak peek of it on one of the walls in the picture). 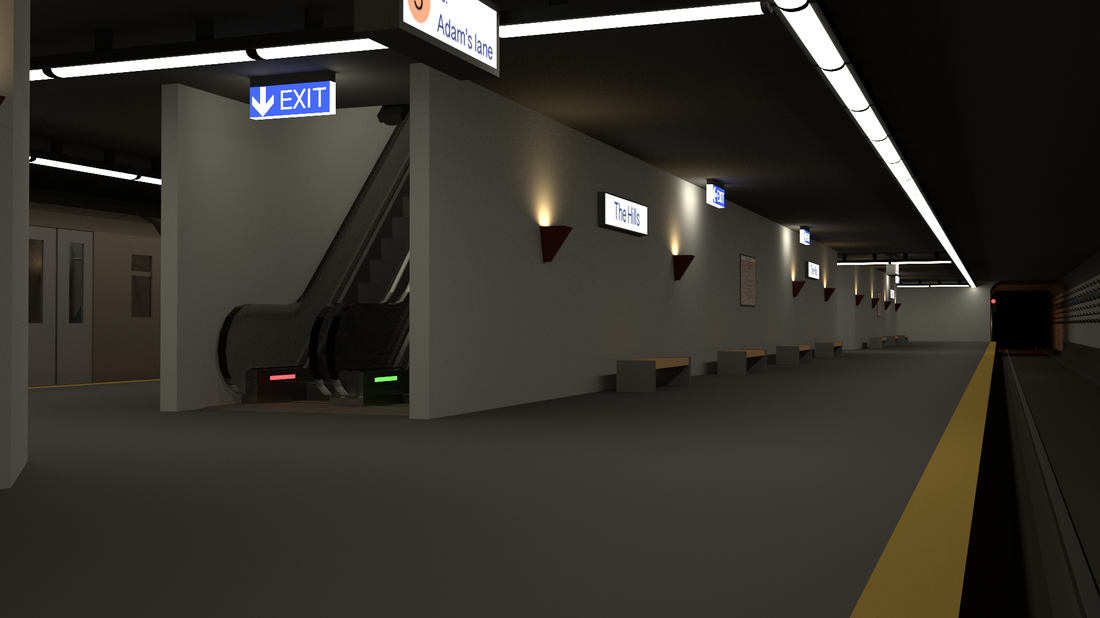 June 11 2016 - 4:20 PM (GMT)
After a month's break with some personal stuff, I'm back to working on different projects!
This is my first render of the month, and it has a cyberpunk-ish, minimalist, clean style that I kinda like. 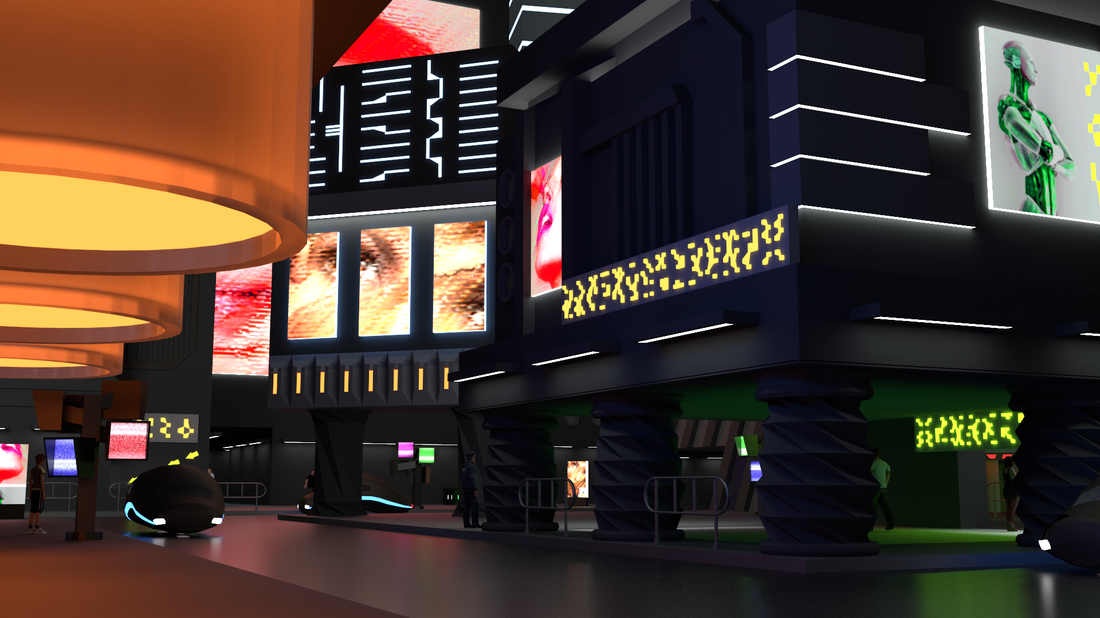 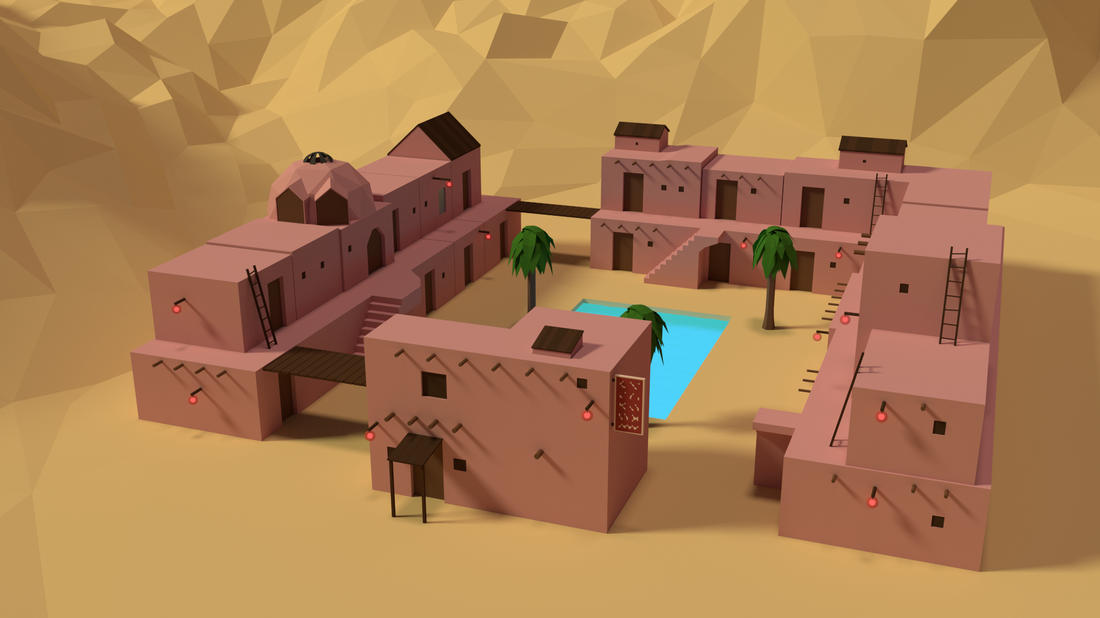 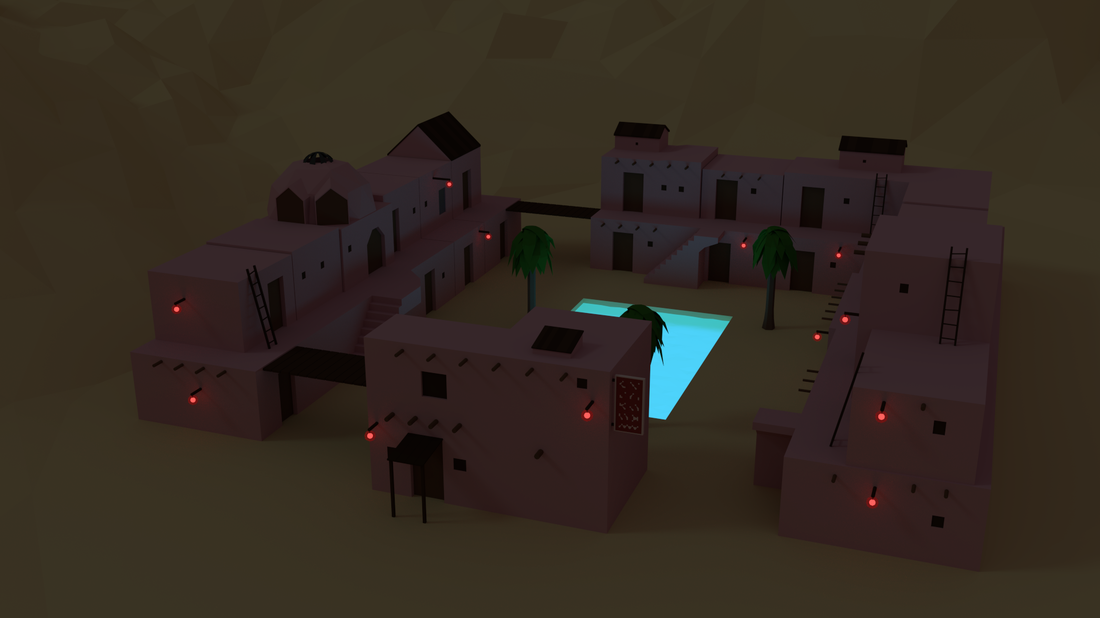 May 3 2016 - 3:30 PM (GMT)
I modeled, rigged and animated my first-ever character today! The model and animation still need some work, but I'm happy so far. This will be the first character that inhabits the game world I'm working on. More information about that is coming later :)

April 28 2016 - 9:30 AM (GMT)
My renewed website is live! The website now showcases the games I have worked on in the past, and a collection of rendered images of 3D models I have made.
April 28 2016 - 9:00 AM (GMT)
This is a model I worked on recently. It's called Waterway and is actually based on some art of an upcoming game "Waterways". 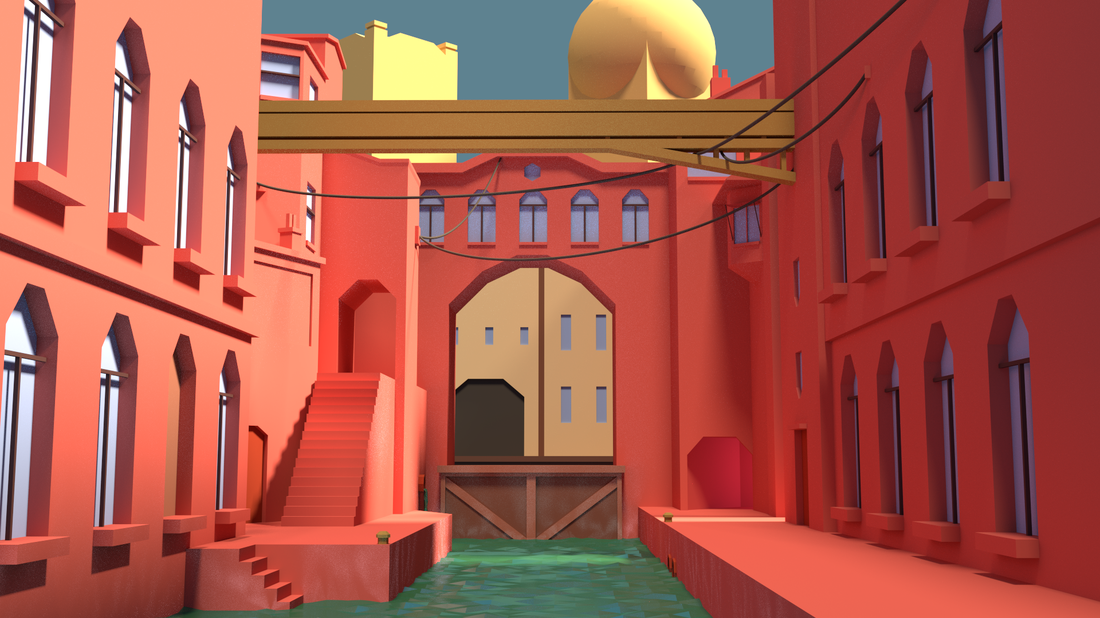